AppleInsider is supported by its audience and is eligible to earn an Amazon Associate and Affiliate Partner commission on qualifying purchases. These affiliate partnerships do not influence our editorial content.

Wi-Fi is a necessity these days, and with the advent of more IoT and smart home devices, it is becoming more and more critical. That’s why it’s frustrating to find that your home Wi-Fi doesn’t cover your whole house.

Adding a mesh system to your home can be a great way to make sure all your favorite devices stay connected at all times.

The Linksys Atlas 6 Dual-Band Wi-Fi 6 Mesh System is user-friendly and promises to cover your home with up to 6,000 square feet of Wi-Fi, eliminating those frustrating random drops.

The Atlas 6 Dual-Band kit we tested includes three identical routers, with the option of using any of the three as a parent or child unit.

Routers are relatively small and unobtrusive and can be placed on the corner of a table, shelf or counter without taking up too much space.

The Atlas 6 Dual-Band supports Wi-Fi 6, which offers faster speeds than Wi-Fi 5 devices. It can also support over 75 devices.

It’s worth mentioning that the Atlas 6 Dual-Band we tested only creates a single merged 2.5/5Ghz channel.

Setup and the Linksys App

Taking care of your home network can be a little frustrating at times, but luckily setting up a mesh network isn’t so bad.

This is especially true for the Atlas 6. Everything is handled through the Linksys app, which meant most of the setup involved standing close enough to the nodes while the app configured everything. 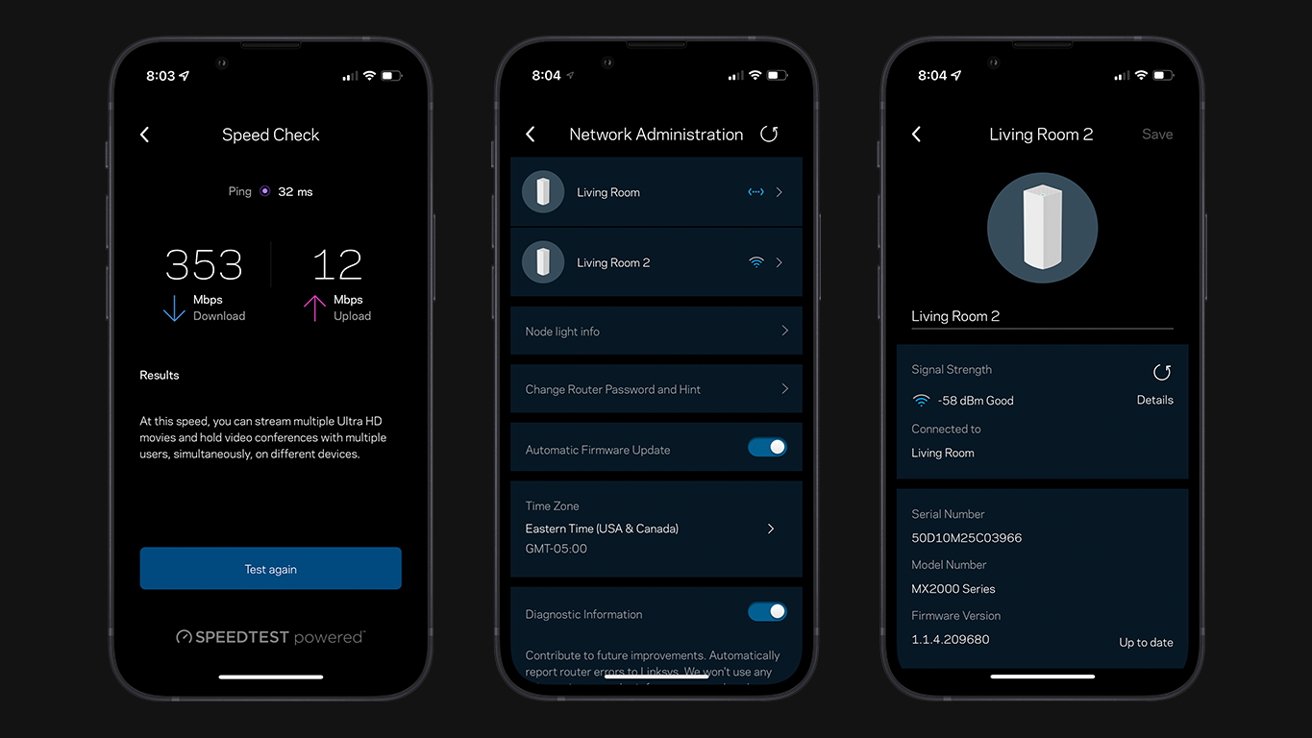 The only input required from us was to name the individual nodes and the Wi-Fi network, and assign it a password.

Everything went smoothly and it only took about 10 minutes to set up a parent node and a child node.

The app itself is quite simple, however, it does allow for essential maintenance of your mesh system and some parental controls. It also lets you test your speed from the app.

Users can also take advantage of Linksys’ device prioritization feature. This feature allows users to allocate more of their internet connection to specific devices, such as a smart TV or computer, and force the remaining devices to share what’s left.

We installed the parent node next to our regular broadband router and placed a child node in a central room upstairs.

The wifi signal upstairs had always been somewhat iffy, but the new mesh extender has improved coverage dramatically. 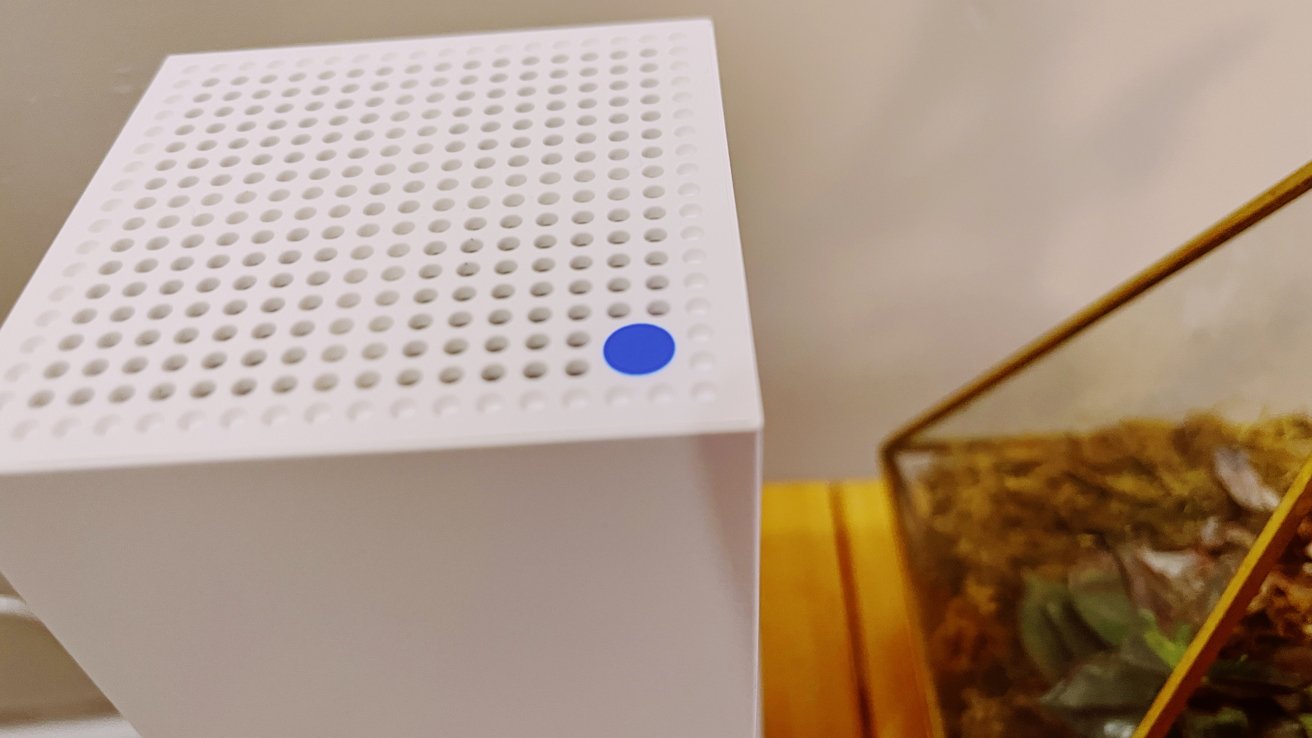 The Atlas Pro 6 was able to perform exactly where we expected it to – maintaining the 300 Mbps down and 10-15 Mbps up speeds our ISP provides.

It also produces an overall more stable Wi-Fi connection. We could move from room to room in our house with our devices without losing connectivity.

Unfortunately, there’s no HomeKit support for the Atlas Pro 6 Dual-Band system we tested, as it’s dual-band.

Some Linksys mesh systems support HomeKit, but you’ll need to purchase a tri-band system if you want this feature.

If you’re looking for a mesh system, the Linksys Atlas 6 Dual-Band Mesh System is a solid choice.