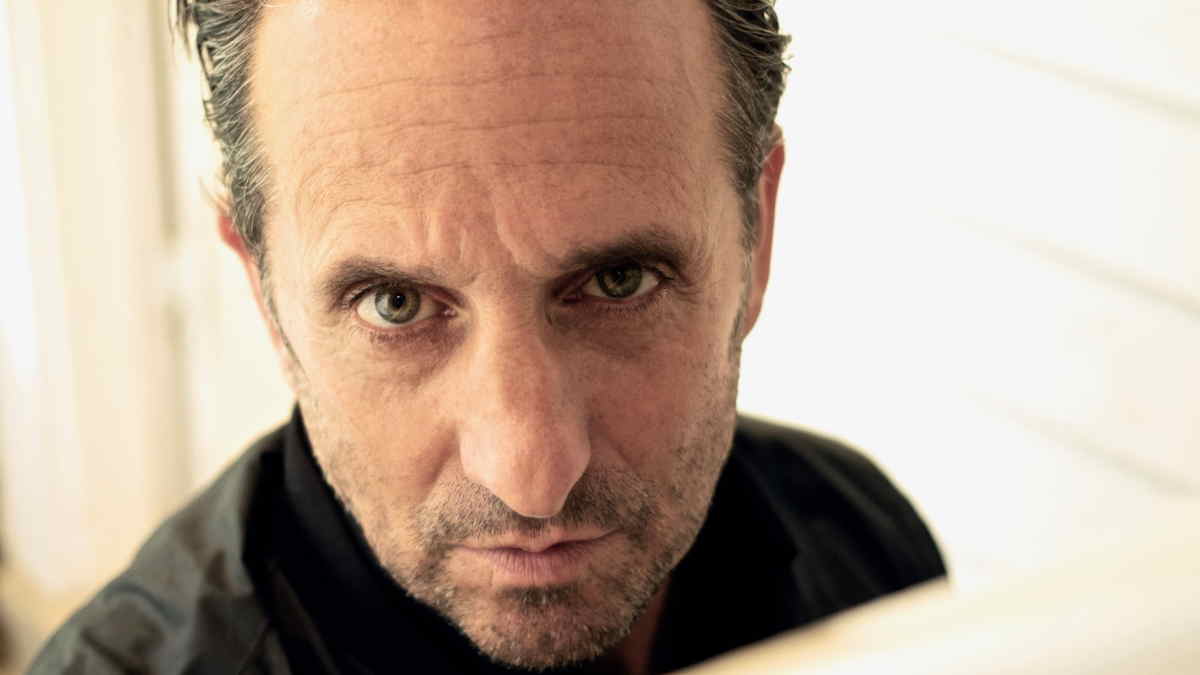 Acclaimed singer-songwriter Ike Reilly released his new album, “Because The Angels”, this week and to celebrate he tells us about the song “F *** the Good Old Days”. Here is the story :

I live in a fairly homogeneous upper-middle-class town in Illinois called Libertyville. We have a regular farmer’s market, public plaza, plenty of restaurants, upscale and dive bars, yoga studios, and an army of baristas. People are doing pretty well here, and we have some great people that come from this place – Marlon Brando, Adam Jones (of the Tool group), Gwynne Shotwell (president of SpaceX) and my good friend Tom Morello – they say hello to all from Libertyville. Of course, they are all gone; I did not do it. I have lived here all my life and love it. My children and their families are here, my mom is still here, I have a lot of friends and a lot, a lot more knowledge here too.

The city may seem idyllic, and in many ways, but like everywhere in America, you can scratch the shine of the finish and see the hypocrisy, the denial of history, and sometimes you hear some bullshit that makes you think it’s 1952 … you know, the good old days? I have big aspirations for my city – I don’t want everyone to believe exactly what I believe – but I hope the people I live with, my neighbors – you know, the lucky townspeople and God fearing that I walk among – also believe that people with less in this world should have a fair chance to get more, and that people who have been beaten and oppressed now have a fair chance. I hope the same people who dwell on their “from the boot straps” mythology can see that their paths, like mine, weren’t really that difficult. I hope people want to leave this place more than when they first arrived here. Hope we can all see beyond the outskirts of town. Anyway, before I dive into the details of writing “F *** The Good Old Days”, I need to tell you about “Laura”.

I have a song called “Laura”, and before I sing it in clubs, I sometimes ask the audience if anyone is dating a racist. Some people laugh, some don’t, some people point their fingers at each other and a few have even gone out. After the unofficial poll is done, I tell them about Laura in the song – she’s a former lover, a Christian, and she’s white. She also has a problem with valuing people who are unlike her. The catalyst for the song “Laura,” written before Trump’s election, was a conversation I overheard at a local restaurant I was hanging out with. I overheard a woman I kind of knew talking to a man I didn’t know, and she was talking about the Black Lives Matter movement. Like many, she understood that BLM meant that maybe her life didn’t matter as much as she thought or that black lives mattered more. She failed to recognize the centuries of oppression, police brutality and the institutional racist roadblocks that are erected across our country that could fuel a movement for racial justice and equality. After the scabs were ripped off in 2016 and white supremacy made a comeback, there was a very obvious divide – a political divide that I think is based more on race than anything else. Race isn’t the only cause of this division, but race is the issue that really shows just how blind the lucky ones can be. Anyway, I’m not telling you anything here that you don’t know, that you haven’t heard before. I just wanted to explain where I’m from and what I’ve seen and heard in the real world. I want to tell you how disappointment, division and hope led me to write and record the song “F *** The Good Old Days”.

I was reading a book called “For the Cause and Comrades: Why Men Fought in the Civil War”. The book includes letters written during the Civil War, and I thought that one day I could compose a song based on one of these letters. Handwritten letters carry more weight, they surely make more sense than lyrics or emails, but I really didn’t think anyone would care about a song that takes an obscure trip through someone’s personal affairs. who lived and died 150 years ago. Still, I liked the way these letters started, so I started with the opening greeting, “My dearest love.” I sat on that opening line for a while without the body of the written letter – really, no song yet – but I knew the letter would come from a battlefield, real or not.

Very soon after George Floyd’s assassination, a BLM protest was scheduled in Libertyville Town Square. It was followed by a march down the main street. The BLM rally in Libertyville was historic and certainly polarizing. The cynic might criticize members of an upper-middle-class white community for participating in a condescending protest, but, for many of us, it was a chance to make sure we were on the right side of the story, a chance to stand up for something we believed in, a chance to empathize with George Floyd and all the other victims of these grotesque police murders. I am aware that this protest did not change the world, but nothing like this has ever happened in Libertyville before. We were part of something bigger, and for a moment it pierced the bubble around us, around us. The protest went off peacefully, and it was uplifting to stand in the middle of Libertyville with my family and hundreds of other like-minded neighbors for equality and justice, even though I thought that maybe it was only symbolic.

Symbolic or not, the BLM rally in Libertyville did several things: It allowed people to show their support for this movement in a place that hadn’t really been the hotbed of any sort of civil protest, and it also stung the serpent of fear and privilege. On social media, the hashtags #alllivesmatter, #Bluelivesmatter and #whitelivesmatter were cropping up from some residents, and in one case, a local business was tagged with BLM and anti-police graffiti, possibly in retaliation for a pro-police social media post right after George Floyd was murdered. I lost a few friends in town during this time and was disappointed with a few more. In one case, a person I knew fairly well considered himself a victim because he unknowingly disclosed his ignorance of the seriousness of the murder, of the suffering of others, and she was the target of graffiti; others found the murder of George Floyd and the protests that followed embarrassing.

Like I said, I love my city and I have great aspirations for the whole place and for everyone who calls it home, so I have found my battleground, and not just for the song. The battle is with the mentality of privilege, complacency and exclusion, and with blind attachment to the past. The thought of people clinging to a false memory or an incomplete version of the truth was really what prompted me to end this song. In the shaky confines of last summer, I could feel some people clamoring for simpler times – clinging to what they remember as better times. The good old days are certainly relative, and you can welcome a change that uplifts everyone or fight it and drag everyone down. In the song, I linked the idea of ​​a letter from the Civil War battlefield to the civil war we are waging right now. It gives me hope to say “F *** The Good Old Days”.

* PRODUCTION NOTE – I’m surrounded by the most versatile band, and it was decided that the music for this track would be the most sh * t-kick, country-gospel-punk mess we can muster. This is America.

To hear is to believe. Now that you know the story behind the song, listen and watch for yourself below and learn more about the album here.