A SCOTS X Factor star is locked in a copyright battle with a German DJ and an English indie band – claiming they ripped off one of his biggest tracks.

Storm Lee Gardner, 49, claims Purple Disco Machine and Sophie and the Giants copied part of his single, I Came Here To Dance.

His lawsuit states that the chorus of their collaboration In The Dark is based on his 2008 track.

In The Dark charted across Europe this year and amassed over 53 million plays on the Spotify streaming platform.

It has also been viewed over 20 million times on YouTube.

Storm – who left Edinburgh aged 16 to forge a music career in the US – told the Scottish Sun on Sunday he was “shocked” when he first heard the electro pop track while performing the queuing in a supermarket. 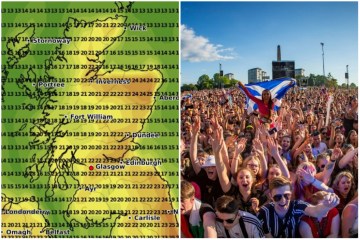 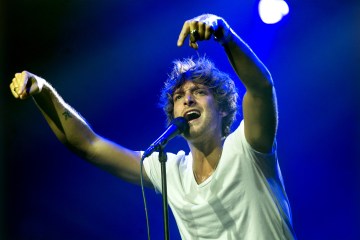 He said: “I Came Here To Dance is a song that’s really close to my heart and I was really thrilled when it became an underground hit in the US.

“I wrote it while recording my album Soulfillapopkilla in 2008, so you can imagine my surprise when this dance song came along.

“I was subconsciously swaying thinking ‘this is really familiar’ when I realized the chorus was exactly like I Came Here To Dance.

“Over the next few days I got a lot of calls and text messages from friends saying ‘did you hear that Purple Disco Machine song?’ – the chorus is identical to your song.

The Grammy-nominated singer – who memorably clashed onscreen with X Factor judge Simon Cowell – reached the final stages of the TV contest in 2010 while being mentored by Louis Walsh.

He has now instructed Edinburgh-based solicitor Joe Boyd to pursue the copyright claim against labels Sweat It Out Music and EMI.

He said: “I walked past the Entertainment Edinburgh offices and thought I’d pop in and talk to them about how to do it.

“The company was amazing and I decided to employ them to contact the record labels regarding my copyright issues.

“We’re in the early stages but I felt like I had to do something about it, it doesn’t seem right that someone can come in and just copy it.”

Attorney Mr Boyd confirmed that his firm had “filed a claim of copyright infringement”.

Both record labels have been contacted for comment.
Storm was widely praised for his X Factor performances of Guns N’ Roses smash Sweet Child O’ Mine and U2’s With Or Without You before being dropped from the show in week two of the live finals.

He went on to carve out a successful career as a session singer and was a vocalist for six seasons of the hit TV series Glee.

He worked with Tom Cruise on the movie Rock of Ages and legendary singers such as Meatloaf, Debbie Harry and Annie Lennox.

He also starred in Meryl Streep’s 2020 film The Prom.

The former KFC furniture upholsterer and cleaner was nominated for a Latin Grammy award in 2004.

He divides his time between Edinburgh and Italy, where he produces and directs the musical Ghost Singer: Genesis.